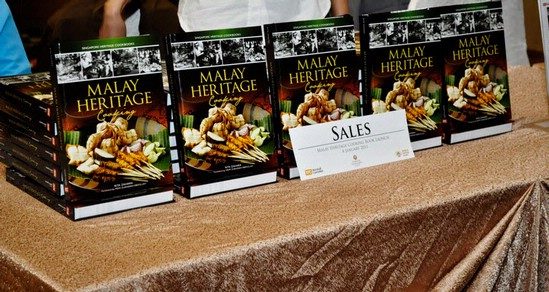 Healthy Eating For The Holiday Season

So how do we enjoy these mouth-watering treats like cookies and cakes that are both healthy and yummy? My team of bakers and I have carefully researched and developed cookies to eat without guilt. My collection is carefully chosen. So here’s to a happy, healthy eating for the holiday season. Our last orders for Hari Raya 2013 close on 30th July” – Rita Zahara.

For more health tips, you can go to the Yakult Klinik Kita Edisi Makover page: “here“. 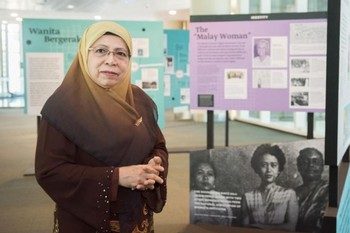 SINGAPORE – When Madam Fatimah Azimullah, 72, started her primary education, her mother hid from her father that she was attending school.

The busy businessman only found out when she was in Primary 5 and by then he “couldn’t make me leave”, the former president of the Singapore Muslim Women’s Association (PPIS) recounted.

“To him, girls don’t need to go to school. When they come to a marriagable age, marry them off, and that’s it. That was the thinking of conservative parents of that time,” she told The Straits Times on Thursday (May 24).

Madam Fatimah is one of the women featured in the Women in Action exhibition, which traces the history of the Malay women’s rights movement in Singapore.

Organised by the Malay Heritage Centre, the exhibition will travel to five libraries, starting with the Central Library on Friday, and will run till Oct 31.

Said Madam Fatimah: “I was in secondary school when I realised education was so important. You see people who are educated, they are able to have better living standards and work, and they can be independent.”

After completing her O levels, she became an English and science teacher at a primary school.

She then joined PPIS as an honorary secretary when she was 25 and helped the non-profit organisation establish social and early childhood education services, as well as assisted in efforts to support single mothers.

He said: “We then identified some organisations and individuals because articles don’t talk much about emotions, the blood, sweat and tears behind (the women’s) initiatives.”

Madam Rita, 42, a former journalist turned entrepreneur, said: “When I researched about her, I found out about her involvement in the Women’s Charter, and she also raised the minimum age for girls to be married to 16. She lobbied for women to be educated.”

“She inspired me to be involved in humanitarian work around the region, to empower women and children to promote access to education.”